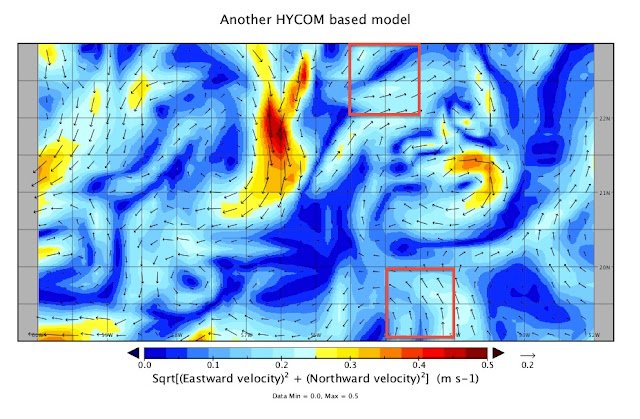 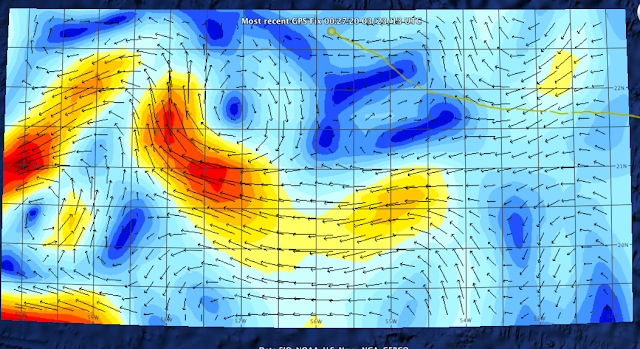 Weather Routing Options for Seattle to Victoria
by Robert Reeder

Weather Information for Voyages in the Australian Region
by Kenn Batt

Posted by David Burch at 3:53 PM No comments:

On any long voyage, ocean or coastal, or even a long inland sail, it is generally crucial that the helmsman has in mind the proper or desired course at all times. This is especially true on overnight sails and any time in bad conditions. Generally in big waves and strong winds it is important to know the right course that keeps you in tune with the sail trim, wind, and seas.

On a long trip, when the course is changing frequently, it is easy to lose track of the course. For example, if you steered 220 all day yesterday, but now this morning the right course is 245, then if you are thrown off course by a wave, you might instinctively turn back and try to settle in at 220, which would be wrong. The delay in doing this right could be crucial in very tough conditions.

Besides safety, there is efficiency. With changing crew, you might forget to tell the new watch that the course changed, etc... and off you go for some period of time on the wrong course.

The solution to this is to have some prominent place in clear view of the helmsman that shows the present proper course. Whenever the navigator  comes up with a new course, it is marked in that sign, and all know it.  You could rig any device for this.  At times we have used a vertical piece of duct tape, and then just crossed off the old course and wrote in the new one below it.  That has the virtue of keeping a record of your courses if doubt comes up.  You could also just write it on the bulkhead with some type of erasable marker after testing that it does not stain your fiberglass (most do!)  Or better, use a small dedicated board for this purpose.

In the old days of sailing, they used a course box. I found this antique one for sale on ebay in Sept, 2009. This one is about 10 inches across. You lift the pins to rotate to a new digit.  Nice idea, and modern equivalents are easy to imagine.  The existence of these show clearly that this was an issue faced by sailors since earliest times. 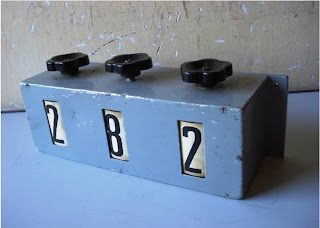 Sample of a course box seen on ebay. This one was from a Russian ship. The numbers on both of these are about 2 inches tall. 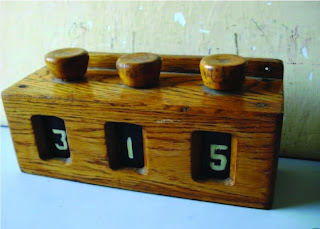 This one from a friend's collection is the same as I have seen in museums. This one is older, dating back to maybe late 1800s or early 1900s.

Note: in earlier writings we have referred to this as a "route box," but it seems course box is a better term. I do not know what the official name was or is. As we run across this in our work we are changing all to course box.


Believe it or not, there is another rash of mainstream media articles on sunstones that do not mention the work of Leif Karlsen and his book


Secrets of the Viking Navigators––How the Vikings used their Amazing Sunstones and other Techniques to Cross the Open Ocean.

Therefore I am adding another link to the front of our blog that goes back to the post we made last year when the same thing occurred.

This was originally posted here in August last year.

Leif's book came out in early 2003, and he reported then the crystal find on an  Elizabethan wreck that took place while his book was in final production phase in 2002.  That was 11 years ago.  Yet now all the media refer to this as a recent find, with an exciting new interpretation.  All the stories are the same, so someone fed them the story and they repeated it, unchecked.

They even speculate now that it actually could be used for navigation! They really should read Leif's book, especially the sections on his own use of the sunstone navigating Viking replica vessels along known Viking routes.

... and they should get a lesson on the use of Internet search engines, or failing that, maybe call a library and ask for help from a librarian.

Maybe title of the book was not clear enough?

We have had a request to discuss finding Polaris from Facebook friends in India, and we are happy to respond.

The subject is covered in much detail in our  book Emergency Navigation, which covers not just the North Star, but how to find directions from any stars in the sky.  The North Star is just a bit easier.

First and foremost, it will be due north, at a height above the horizon equal to your latitude. Another general way to think of it is it will be a faint star to the north, about halfway between Cassiopeia and the Big Dipper, but often this entire space is obscured by haze, which leads to the value of having many ways to find out where the North Star is, even when we cannot see it.

Here is one method based on Cassiopeia. These are all from Chapter 5 of the that text. 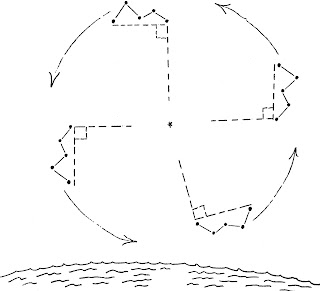 Figure 5-6. Finding Polaris from Cassiopeia. Any view of Cassiopeia alone will tell where north is. Find the nearby region in the sky from which the constellation would look like an M. Imagine a line along the base of the M. Twice that distance from the base at the trailing star of the M is the location of Polaris, even if the star happens to be obscured by clouds. Th e squares in the corners are reminders that this distance should be projected at right angles to the base. Directly below that point on the horizon is due north.

The next picture covers all those cases where the pointer distance is about 5 times the pointer length. 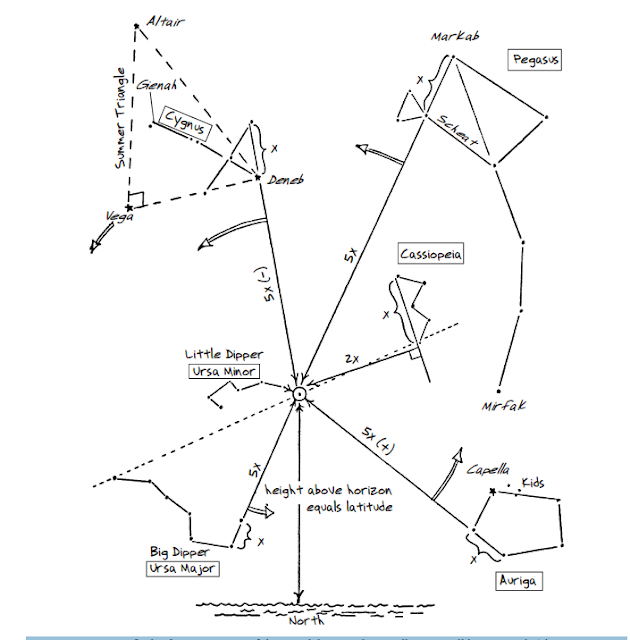 Figure 5-9. Ways to find Polaris. Any one of these widely spaced constellations will locate north. The + or – signs indicate that the polar distances are either somewhat more than or less than exactly five times the pointer spacings. However, it is simpler and adequate to just remember the factor of five—you point with your fi nger, each hand has five fingers. Stars at the bows of the constellations are the leading stars; those at the sterns are the trailing stars.

I hope that helps.  Please see the book for a lot more on steering by the stars in the North and South Hemispheres.

The North Star is fairly faint (magnitude 2) but any of these pointers is just as good as the north star for finding the place where the North Star is, even when covered by clouds, as illustrated in the picture below: 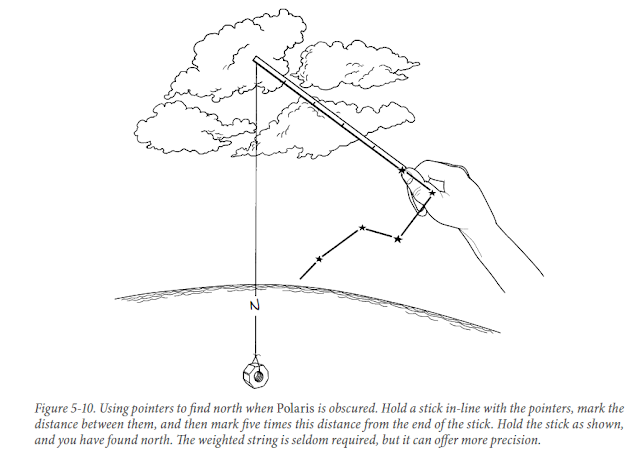