During an online discussion of best time to sail from HI to WA, considering late Apr or late Jul, my first reaction was Jul, and the question came up that the average wind stats from COGOW showed these about the same.  So the question was when looking at a more detailed picture of the statistics would shed any light on this. The pictures below are a step toward that answer.

There are three pictures each at very roughly the start, middle, and near the end of the passage, first for late Apr followed by late Jul. 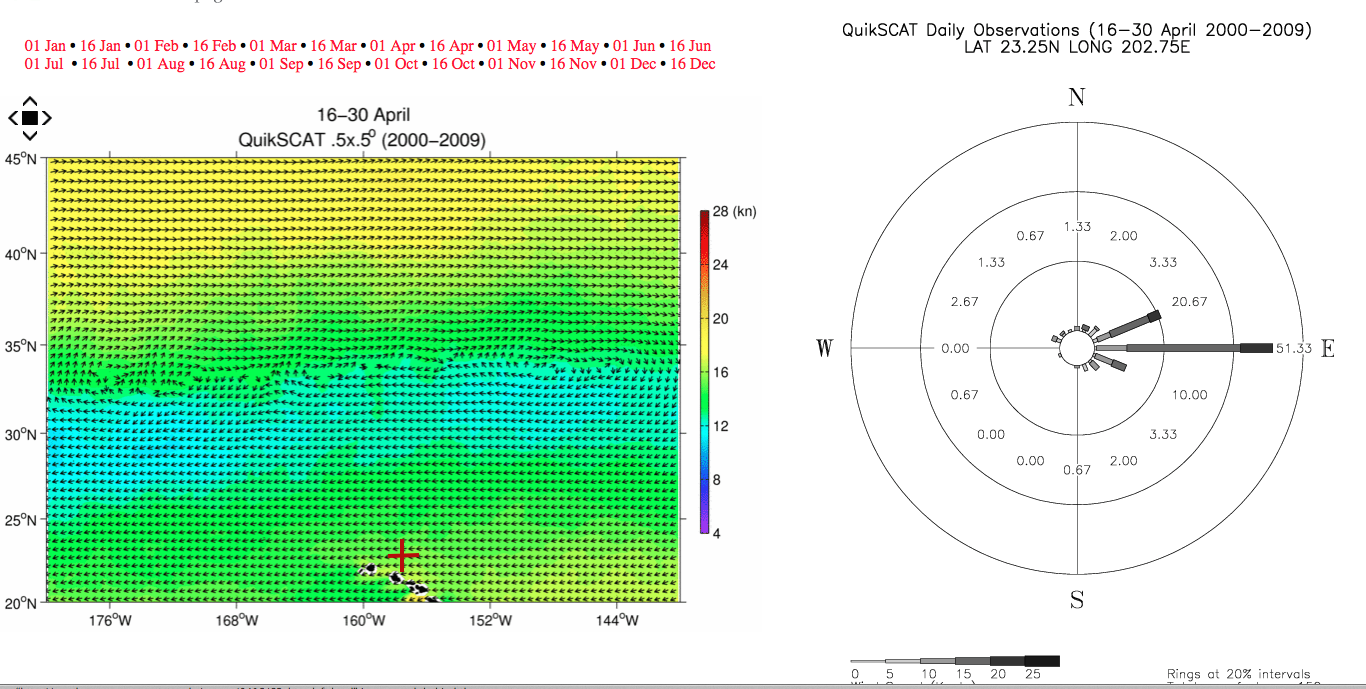 Now the same three pictures for late July. We see that there is more NE component to the trades, that is not a bonus, but the main issue to consider is the higher latitude winds.  Looking at these diagrams,  the amount of winds greater than 25 kts is the length of the dark part of the arrow.  This is notable from the in the NW and SW quadrants. In Jul the wind is mostly NW but not strong... on average.  The influence of very strong winds do not show up in these stats at all.  We can get another idea of this from the pictures at the end that show the coastal stats.  It would take more digging to get the actual storm stats.... As I write this on April 19 (2014), the winds off the NW coast are 30 kts.  That does not say too much, you can get 90 kts of wind in July, but just the stats are lower in July than in April. 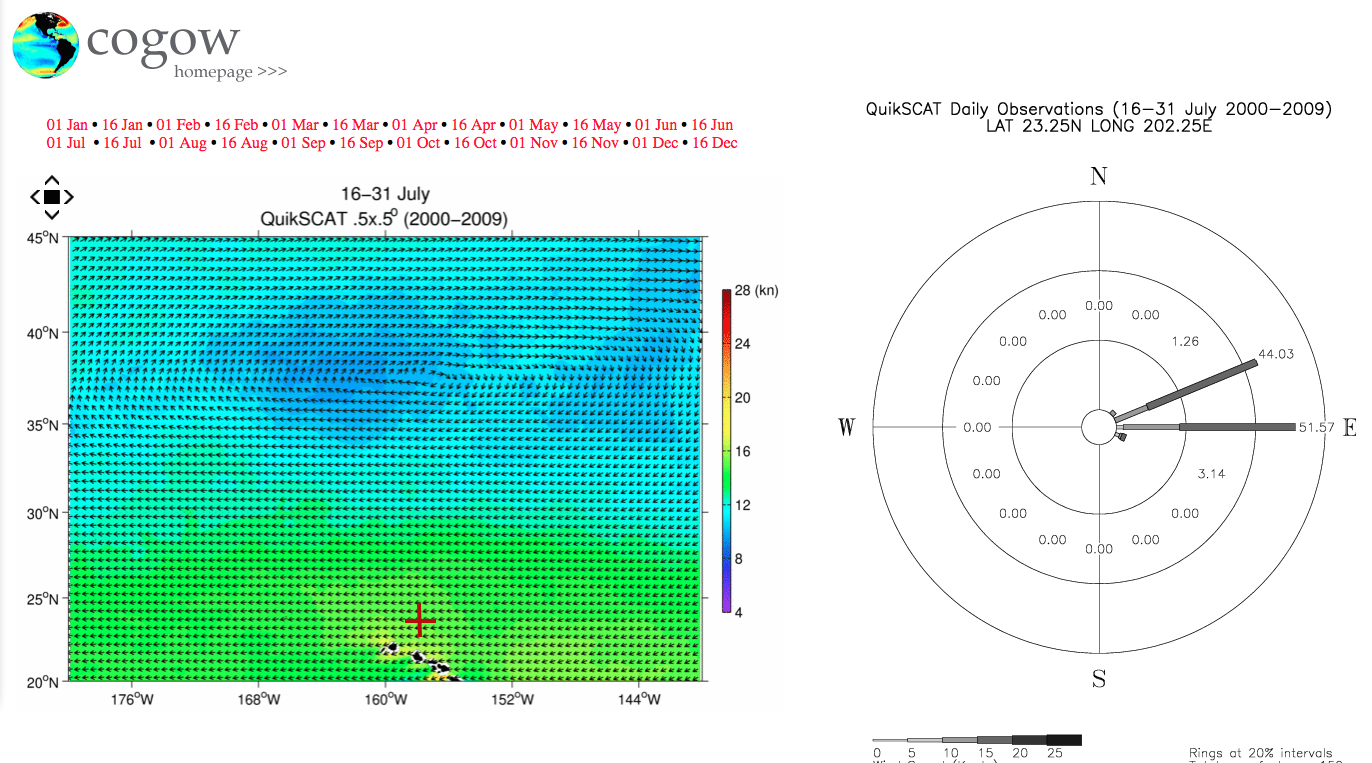 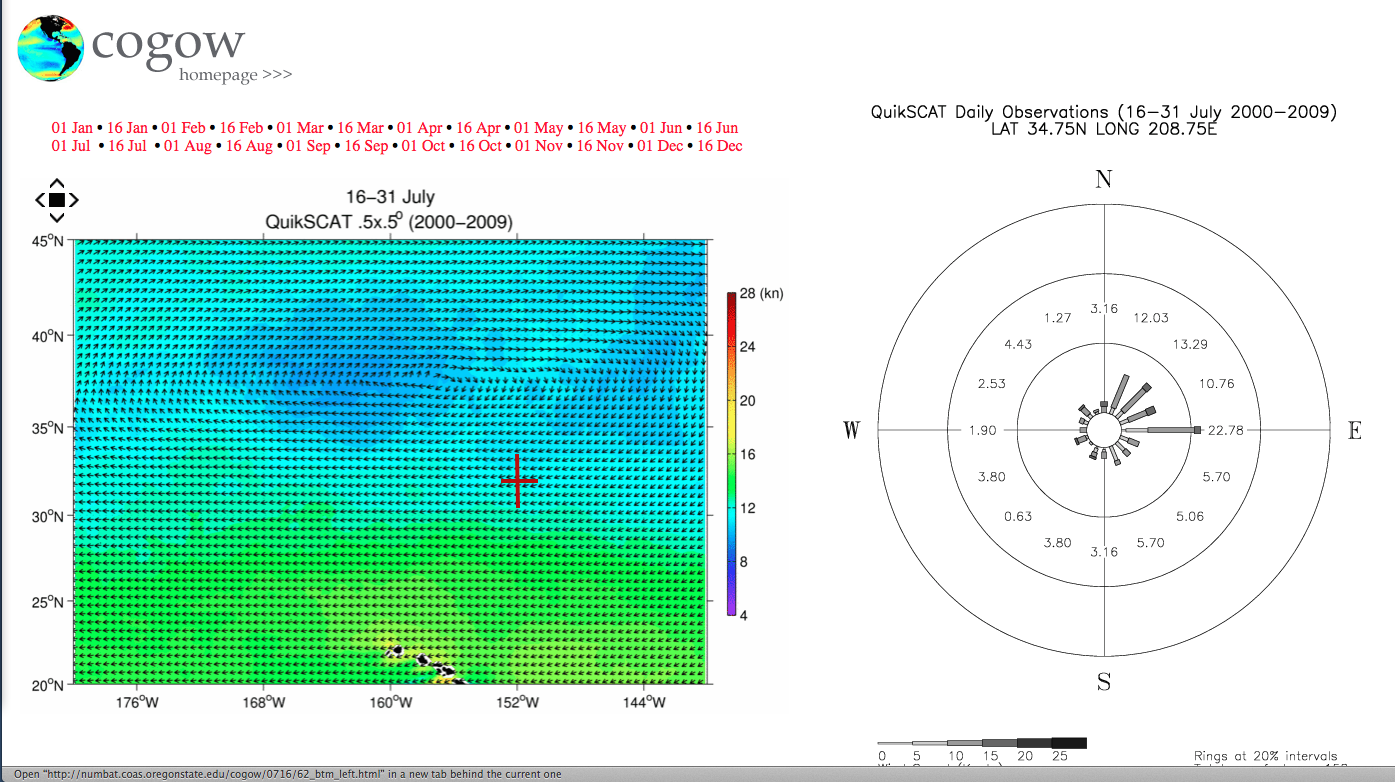 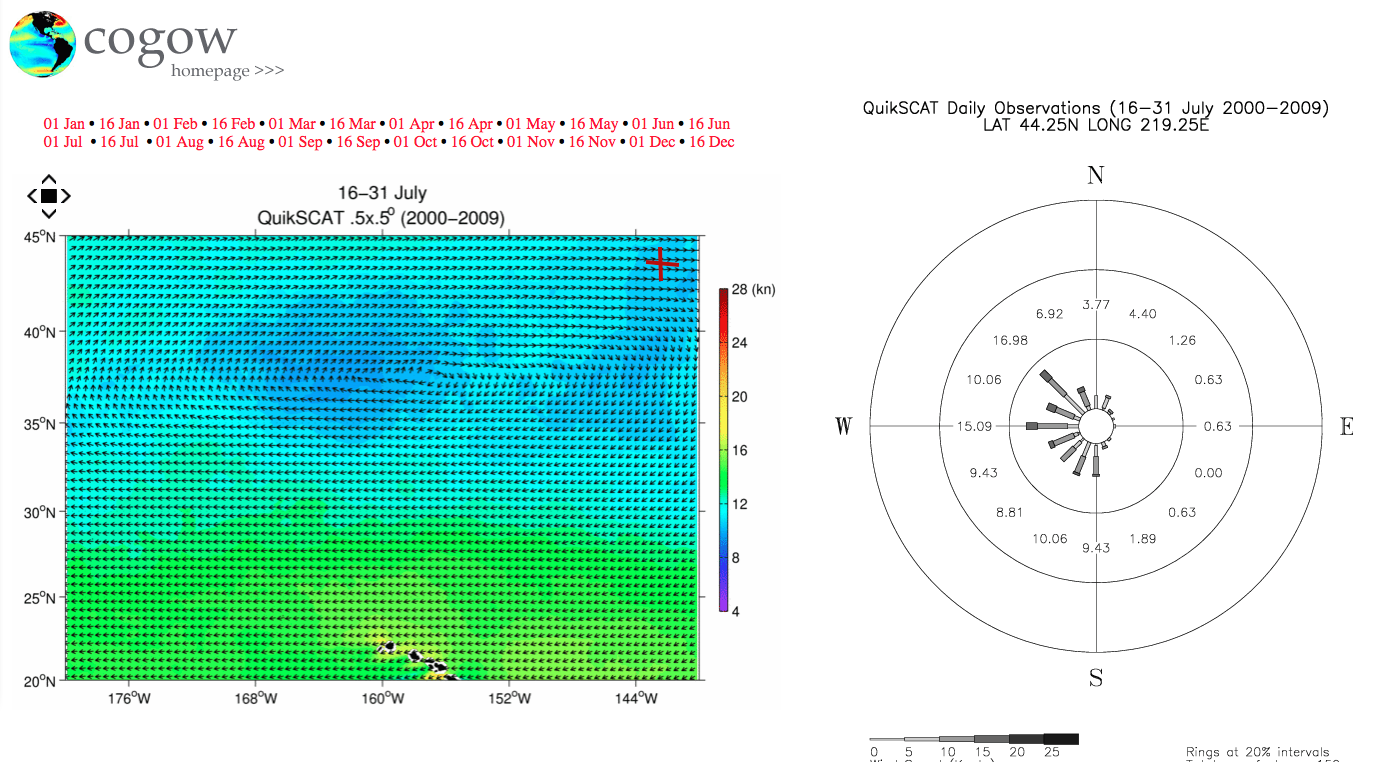 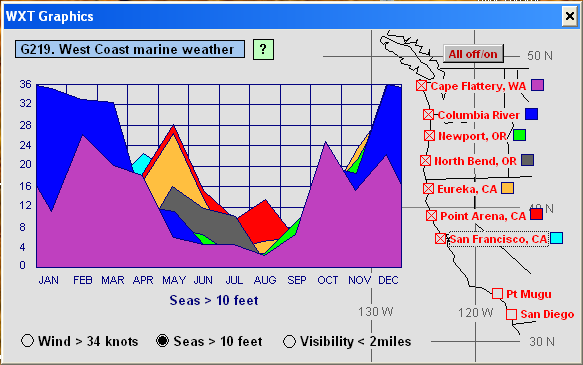 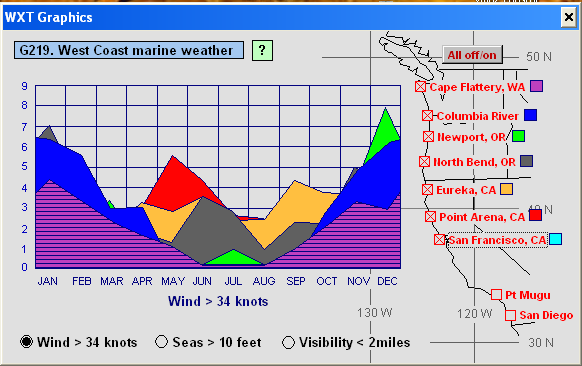 These are coastal data that we have in the Starpath Weather Trainer Live software.  It shows that there is clearly a window in moderated conditions along the coast that runs from June to Sept or so.