Universal plotting sheets (UPS) are intended for plotting sextant fixes along with DR track plotting (we cover their use in Celestial Navigation), but they are also useful for marine weather routing as we show in Modern Marine Weather.  These sheets could also be used for solving standard maneuvering board problems if needed, but there are sheets better suited for those.

A typical plot of an ocean track is shown below using the default scale of 60 nmi per printed latitude parallel. The longitude scale is set up using the inserted diagram, after marking the central Lat on the Lon scale of the diagram. 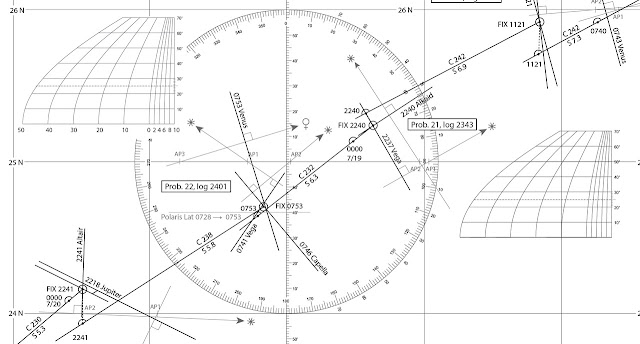 An ocean voyage proceeds as a sequence of fixes with DR between them. These real sextant sights are from our book Hawaii by Sextant. We will be looking specifically at Problem 22, which is zoomed into below. 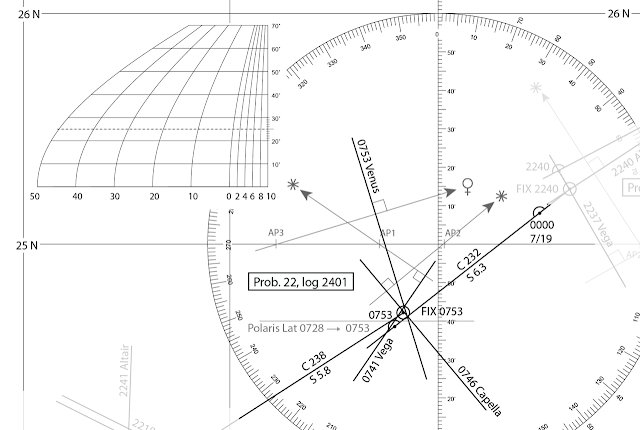 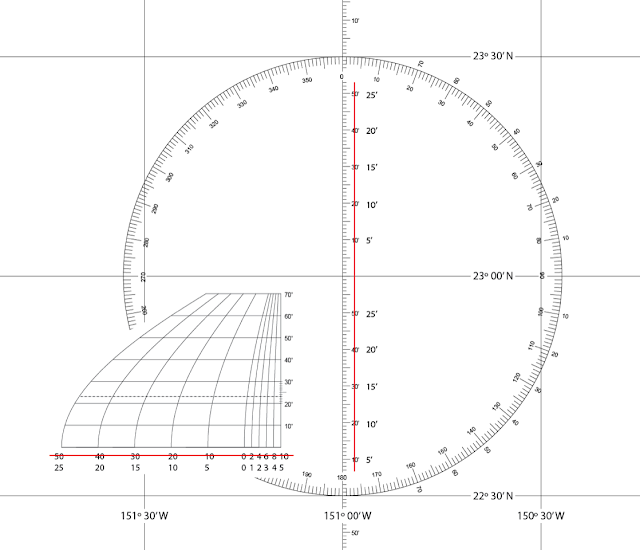 Or we can expand the plots to 6 nmi per parallel as shown below. 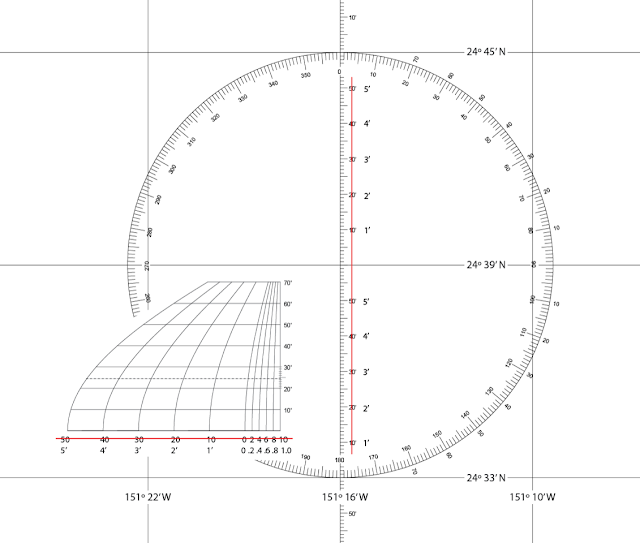 This is the type of expansion we used in practice during the 1982 voyage shown above. A typical procedure might be to do a quick fix with just two or three sights to find an approximate center point, and then create the new plotting sheet centered about that point using 6 nmi per parallel. 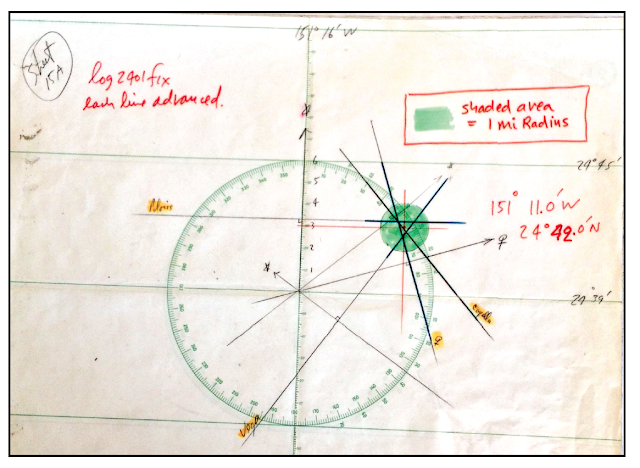 You can see that we had a good fix.  Refer to Hawaii by Sextant to review our Fit Slope Method in action along with our automated LOP advancement technique, which is required for best accuracy. This makes a set of 15 sights of four bodies an extended running fix over a 30 minute sight session to get equivalent sights at one time.  Both yield notable improvements to the multiple sights analysis. In this sight session, Capella was the weakest with just one sight; the other three had at least 4 each.

Here is a short video discussion of the above process:

Following links starting in this post I found the post “Fit-Slope Method — A Shortcut to the Manual Solution from 1856” of April 25, 2014 you mention: “This table is from Wm Thom's 1856 text on navigation,... (The 25 edition from 1902 is online.)” I’ve been looking but been unable to find any reference to these. Are you able to point me in the right direction please?

Sorry. I might have a spelling or punctuation error somewhere. The last name is Thoms. See https://www.starpath.com/library.