Where to Get Nautical Charts

First we note that this week we got word from NOAA that they are requesting feedback on discontinuing all paper charts and RNC electronic charts in the next 5 years. The goal is to have mariners switch to all ENC charts, which has indeed been a goal for many years, internationally. With that in mind, we produced our textbook on how to use ENC called: Introduction to Electronic Chart Navigation: With an Annotated ECDIS Chart No. 1.  It is unlikely that transition will take place in 5 years, but it might. 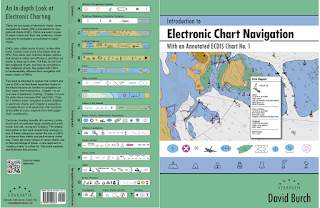 In preparation for this transition, NOAA has developed a new way for individuals to print their own paper copy of an ENC chart, even at very large sizes (trip to Kinkos), but that will be little consolation to mariners until the US gets a lot better coverage of the terrain in ENC, which is the main turnoff for paper chart users. We do not go on land with our boats, but we look at it, and it helps us stay oriented on the water. Other nations do a much better job with terrain charting in ENC than the US does. (We will add a video of that Print Custom ENC process in the near future.)

With that realtime note behind us, we go on as if nothing has changed, because nothing has.


US Charts
If we are after US charts, the solution is easy. We made a link to all online NOAA chart sources at starpath.com/getcharts. That will direct you to all RNC and ENC echarts for immediate download at no charge, and provide a list of dealers who will print any of these for you at about $27 each. There are also PDF versions of the charts. Our neighbors here in Ballard at Captains Nautical Supply can do printing, as well as our main book distributor in CA, Paradise Cay. Each takes orders online or over the phone and they mail the charts to you in a tube, usually same day or next.


International Charts
This is a bigger challenge, no matter what part of the world you live in, nor what part you plan to travel to. The reason we don't hear more about it being a problem is because many mariners have resigned to using third party charts that are compatible with their existing chart display electronics. Those more likely to confront the issue are those that use their own navigation software and have to find and add the charts themselves—or those who indeed want at least some samples of paper charts for the waters planned.

Some stand alone echart programs have automated purchase options for third party charts, even though they will run official echarts if needed with the appropriated S-63 plugins. Navionics, C-map, and ChartWorld are large popular suppliers of their own third party charts. ChartWorld is unique in that they sell all three versions.


International Paper charts
Bluewater Books in Fort Lauderdale has a large source of international paper charts from many nations (with up to two weeks delay in shipping on some). See also EastView Nautical, which seems to have the largest selection. Note that many outlets still sell the US NGA paper charts of foreign waters (printed on demand), but note that they are almost all way outdated, 20 to 30 years in most cases.

To find out what official charts actually exist, it is best to go direct to the International Hydrographic Office (IHO), and use their ENC availability page (click the picture in the middle to open it). This will show what is available. Refer to our book on ENC to understand the file naming conventions. The charts cannot be purchased here, but it shows what is available in what scales. 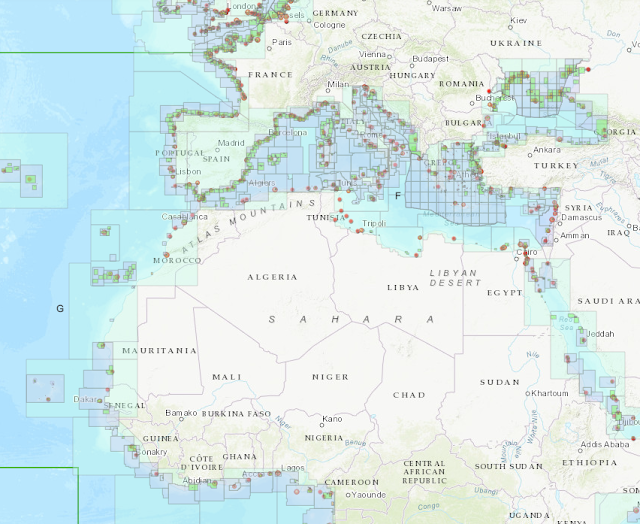 On the left of that page, there is a link "Backup paper charts" that takes you to a list of links to all nations that produce paper charts (International Paper Chart Catalog). Then you can go direct to these primary sources to see what they have. At this point you can then check the various outlets to find best source.


International Electronic Charts
The IHO viewer shows directly the ENC available. They are sold by several outlets both as ENC and RNC, which are the graphic images of the paper charts. Both will require an S-63 plugin to authorize these copy protected charts. The UKHO also sells charts from other nations, so any chart dealer with UKHO connections can sell these as well. Bluewater Books is one with staff on hand who are familiar with international charting. Captains Nautical Supply and Maryland Nautical Supply also are UKHO distributors.

If you use OpenCPN for echart navigation you have another attractive option for some parts of the world, namely the oe-SENC and oe-RNC from o-charts.org.  These are not technically official charts (they do not meet carriage requirements), but they are the same as the official charts and they cost much less than the official versions. We have a note on the unique aspects of this chart service.

In passing, the online Navionics chart viewer is one way to get a quick look at the extent of charting detail available globally. Theirs are third party charts, but they are on some level based on the official charts so you can see how much is known about a specific remote region.