The echart nav program OpenCPN has tons of very useful plugins. Starting with about version 5.2, this large list of plugins is incorporated right into the main program under the Options tab. At that location you can choose to install a plugin or update one already installed. There is also an option to update the master list of plugins.

A notable plugin is the one called weatherfax_pi, whose primary task is to allow OpenCPN to collect and display live wefax broadcasted weather maps received over the HF radio, which it does well. But a huge bonus of that plugin is its ability to display georeferenced graphic images of weather maps or other related images such as cloud pictures, ASCAT wind data, wave data images, or SST and current data images. Essentially any image can be loaded and then manually georeferenced by defining the coordinates of two points on the image.

But better still, the program includes a vast set of weather maps that are already georeferenced and directly linked to their sources so that the latest images can be loaded with a button click. The source information is stored on your computer (Mac or PC) in a file called WeatherFaxInternetRetrieval.xml. The georeferencing information is stored in a file called CoordinateSets.xml.

Some years ago, the Ocean Prediction Center and other NOAA/NWS departments changed their websites and when they did so, it broke the links in WeatherFaxInternetRetrieval.xml so the US maps would not load any longer.  At that point we made a corrected file and a video on how to install it, which was then incorporated into the program.

More to the point if we want to update these ourselves, the location of these files on your computer has changed. The present correct locations are given below. You may want to search your computer for these files and remove the old ones from other locations before updating.

We have made a new update to illustrate the process. We made a new set of files that add 3 new Gulf Stream current maps produced by the US Navy. A sample of the new maps is shown at the end of this note.

Weatherfax_plugin_readme.txt   (explains what we did)

Here is where you will find the latest ones (if you have the latest edition of the program and plugin) that can to be replaced with these new ones.... Note these are the same except for adding the Navy files.

In those locations, find the two files and rename to filename.xml.old then move in the two new ones and check that you get the US maps as well as the Navy Gulf Stream ones we added. Note if the files you find are not dated as noted then you have older or newer ones than we know about.

Once you have downloaded an image and displayed it, the image file is stored for later use in these folders:

Here are samples of using these new Navy image maps (considered the best source) together with the RTOFS currents forecast obtained from Saildocs.  See www.starpath.com/currents 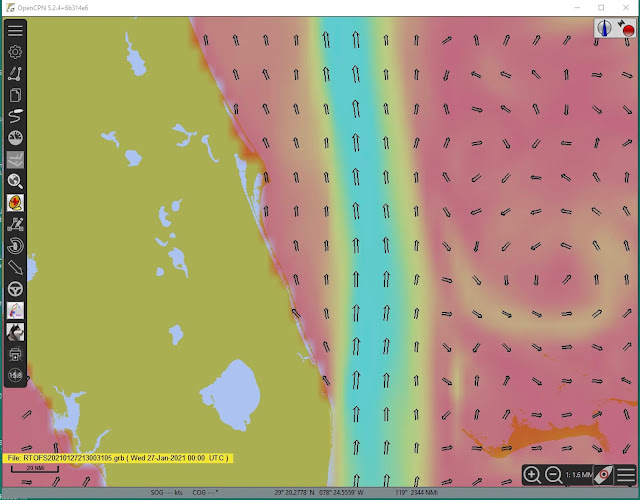 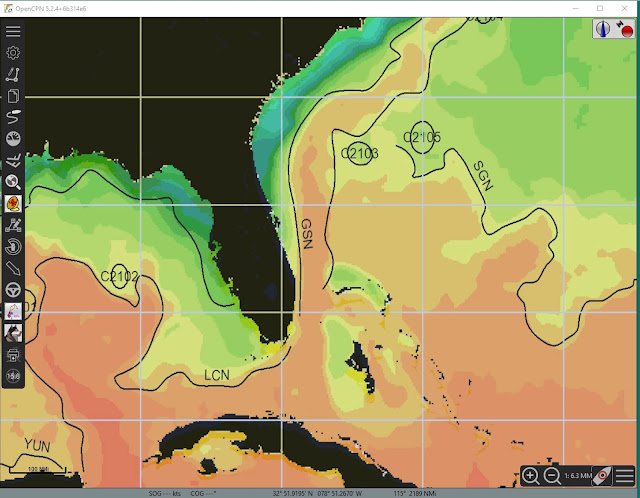 US Navy Gulf Stream of this region 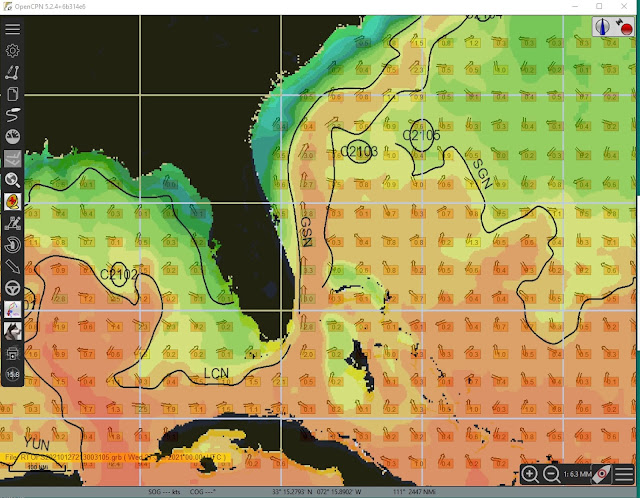