When you go to the NOAA list of ENC by file name at this link:

you see a list of files and each file has a number, sequentially from 1 to about 2,041, which must represent about how many US ENC there are at the moment. Note that these are file numbers not chart numbers, which are listed beside this file number.

Inserted at several places in that list you will see file numbers listed as "cxl" as shown below.

We have learned that these charts with file number cxl are ones that have been replaced by reschemed charts, but for continuity they are left on this list for a period of time. They will eventually be removed as they are now outdated.

The header text inside these charts indicate this status, and some electronic chart systems (ECS) read that and then refuse to open these charts, as they are indeed now outdated. qtVlm, for example, posts an alert that you tried to open a chart that has been canceled by an update. Other ECS will open these charts without warning they are outdated. 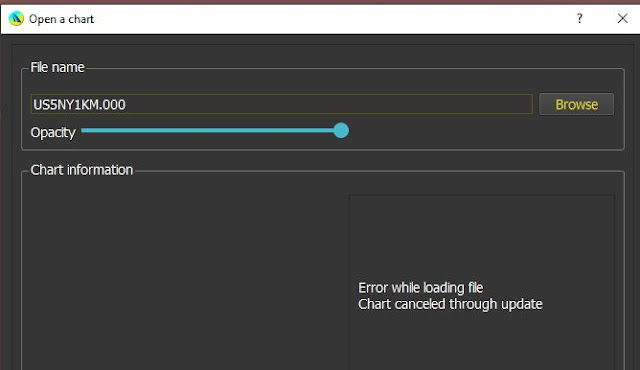 To learn which reschemed charts cover the region you are trying to access with one of these older charts, use this link to go to that area to see the new charts available.

The reschemed ENC are very fine products with notable improvements over the existing versions;  we look forward to more of them. Progress in the program can be seen here

CXL is an abbreviation often used for "canceled."