The day after writing about the Sandy surge, we get our own local mini surge, which did flood some low lying  waterfront homes. Again, it was a very deep low, with strong winds that hit the Sound near a spring tide. Winds were 30 kts, pressures down to 978 mb, and predicted tides at 12 ft.. The surge added just over 2 ft throughout the tide cycle, peaking at about 14 ft.

The main effect of the surge however took place a few hours before high tides when the winds were strongest and the pressure lowest.

Here are the pics. (I do not need to add that this was not influenced by climate warmed higher sea levels! By the way, you see Puget Sound sea level history here.)

Here are winds and pressure. Peaked at about 30. Low pressure was about 975 mb 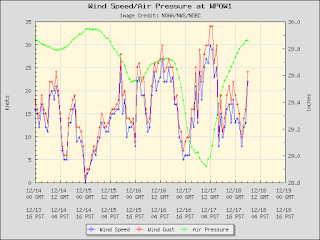 Here is wind direction. At high tide, the winds were SW which is onto the beach in the two pictures of high water that follow. 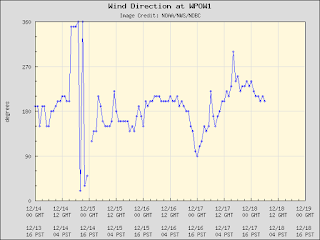 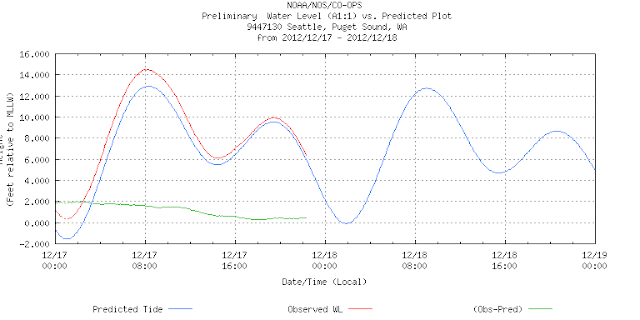 Notice that the surge ( 2ft above normal) actually started at low water beore midnight, but it did most damage about 6 am at peak wind time. 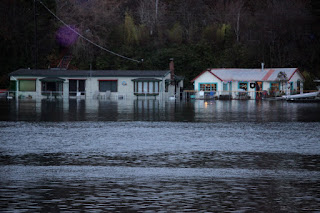 These canal front homes were flooded. They are at the entrance to the Locks, just around the corner from the next two pictures. 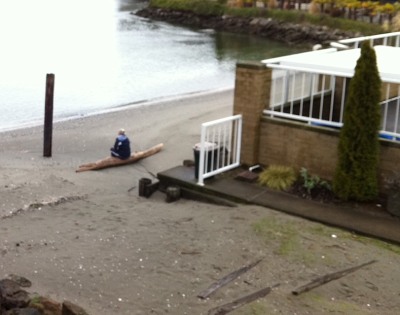 In the above pic the tide height is about 6 ft.... from another day. 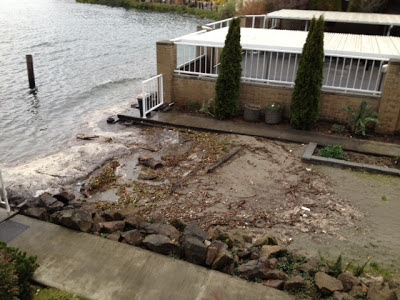 This is 9 am on surge day, the tide was about 14 ft at this point (2 ft higher than predicted), but notice the debris that got pushed up earlier in the morning when the tide was much lower but the waves were bigger.  This is an example of tide and wind almost in phase, but not quite.  Had they been truly in phase the flooding and damage would be higher.

This is the park in front of our house that day.