A question came up recently about the Beaufort Scale for relating wind speed and sea state. I immediately referred to what I have called a personal Beaufort scale and directed my friend to our book Modern Marine Weather.  It turns out, however, to my embarrassment, this discussion is not in that book, where it should be.  Instead, we have this in the Inland and Coastal Navigation book, so i am adding it here—essentially a copy of parts of Section 5.3 The Effect of Wind on Boat Speed. [We will add this to the next printing of the weather book.]

To make guidelines on expected effects of wind requires guidelines on judging wind speed, assuming wind speed instrumentation is not available for measuring it. Actual wave heights do not help with this, even if they could be estimated accurately, which is unlikely. [Wave heights in local waters are discussed at the end.]

It is better to use the general appearance of the water as described by the Beaufort Wind Force Scale. Wind speed can be read from the water this way to within a few knots, after practicing with an anemometer to check the guesses.

[The problem with trying to use the wave heights alone as sometimes listed with the Beaufort scale (wave heights were not in the original scale) is these heights are determined by many factors besides the wind speed. On the other hand, we need to know average heights and steepness because the value of this knowledge is knowing how to decide if the sea state is indeed consistent with the wind speed, assuming both are in equilibrium... ie you are viewing "fully developed seas."  If they are not consistent, ie too big or too steep, then you know you are in current flowing into the wind, or likewise too low heights means either current with the wind, or the wind has not been blowing long enough in the same direction to build the seas you are eventually going to get.]

At an honest, sustained wind of 20 knots, the popcorn is the first thing that catches the eye. Individual whitecaps are bigger, and there are many more of them. During the first few hours of wind, before the seas build, the water looks like a speckled quilt of whitecaps, but there is little if any spray. Nearby wave surfaces, however, will show prominent streaks of cat’s paws (ripples that look like fish scales), which show very clearly the instantaneous wind direction.

With some experience of 20 kts seas, ie knowing the density of white caps needed to be the dominant thing you see, then the more scattered density of 15 kts becomes easier to discern.  So we have 10 kts, have to look hard; 20 kts it knocks you out; and 15 kts is in the middle.  Note too we are talking about inland waters here for the most part... that is we are rarely looking at fully developed seas and these signs discussed here will appear relatively quickly with the new wind speed.


Conspicuous spray blown off the crests of whitecaps and streaks of foam are the signs of 30 knots of wind. This, however, is very strong wind, indeed. There are not many places close to land where such winds last more than an hour, and even in these places, if this wind persists for over an hour it must be associated with a large weather system that would have been well forecasted.

In a solid 25 kts of wind, you will see patches of spray indicating some 30-kt gusts, which in a sense helps ID the base strength of about 25 kts.That is, a sustained wind of 20 kts will not have many if any gusts to 30 kts, and hence no patches of spray.

A sustained wind of 30 knots will likely contain gusts to high 30s.  To appreciate the forces involved, imagine holding a two-square foot board (17 inches on a side) out of a car window when traveling at 40 miles per hour (35 knots).

At 40 kts you are generally wearing goggles due to large amounts of spray flying along with the wind.  I have little direct experience with wind this strong, but the one time I had more time than I wanted, the thing that impressed me the most was the cat's paws on the wave surfaces. These were no longer painted scallops showing the direction of the wind, but they were deeply gauged, like the wave surface had a thick tile surface. 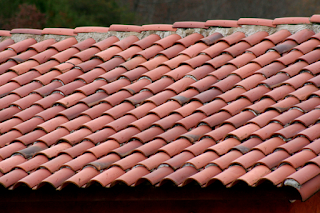 Just for reference, at the low end of the spectrum, 4 knots of wind is the threshold for feeling the wind on your face or neck. This is not a particularly signif﻿icant observation for powerboaters, but it is a fairly accurate measure that might be of interest to sailors.

Weaker winds (1 to 3 kts) can be seen to move smoke (ie incense stick) but are not felt... unless, of course, you are a very sensitive person. If you can definitely feel the wind on your face, it is more like 4 knots or more.

In Puget Sound and connecting waters the fetch of the wind (which affects the wave heights) varies significantly with location and wind direction. In the Appendix to Marine Weather of Western Washington there is an extensive set of tables that compute wave height as a function of duration and wind speed at various locations around Puget Sound, Admiralty Inlet, and Strait of Juan de Fuca.

.... just found by accident where else we had these notes, in our public online Glossary, but we will leave them here anyway. This link has historical notes on the scale as well.  In principle our weather students would have found this discussion there, which is likely why it has not come up in other discussions.

Here's another way of looking at it: http://www.ocsg.org.uk/safety/wind-scale/
[the Beaufort scale of the UK based Open Canoe Sailing Group]