We recently captured pictures from a NDBC BuoyCAM as hurricane Dorian passed over buoy 41004. We were lucky to catch views inside the eye of the storm, which eventually led us to think about the size of these eyes.  Our motivation is always marine navigation, but in this case we also noted that there were many birds trapped inside the eye, which was another unique observation.

The eye of Dorian was 40 nmi across when it passed over the buoy, and only later did we realize that this was much larger than common values, which we report in our textbook (Modern Marine Weather) are typically 10 to 20 nmi.  We can also look up past studies of hurricane structures that confirm these smaller average values. Two ways to look at this data are shown below. 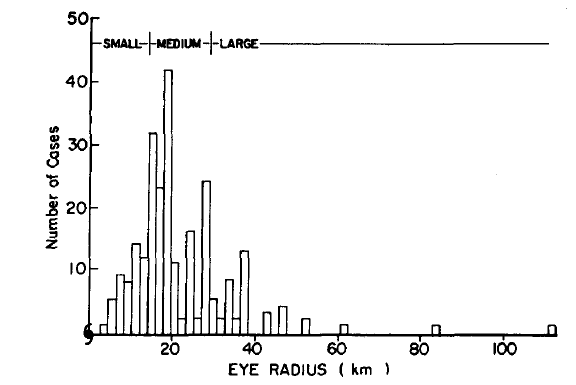 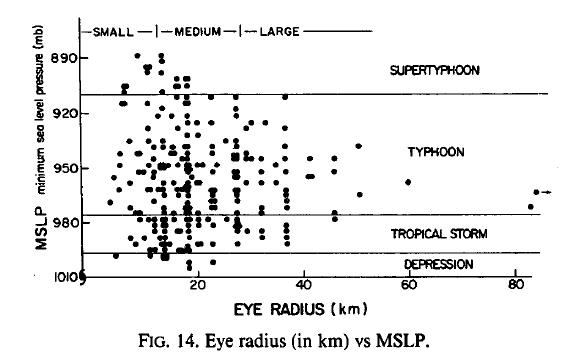 So we were double lucky to catch our neat view inside the eye of the storm. But just how lucky were we?  With that question in mind, we took a look at the history of the Dorian eye size compared with other parameters of the storm.  These data are presented below. 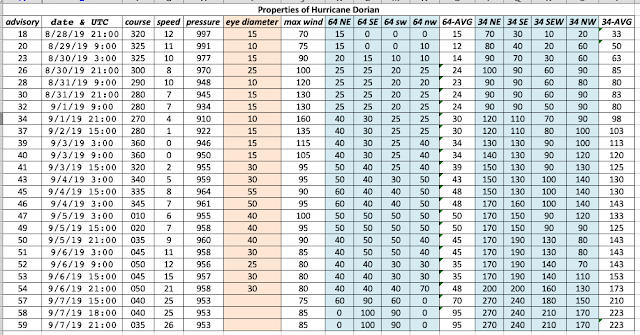 Advisories not listed did not include eye diameters. I will discuss these stats in a later video relative to standard hurricane properties we discuss in our textbook.  For now we concentrate on the eye diameter and in particular we look for any correlation of this size with other parameters. Spoiler alert!  We don't see any. 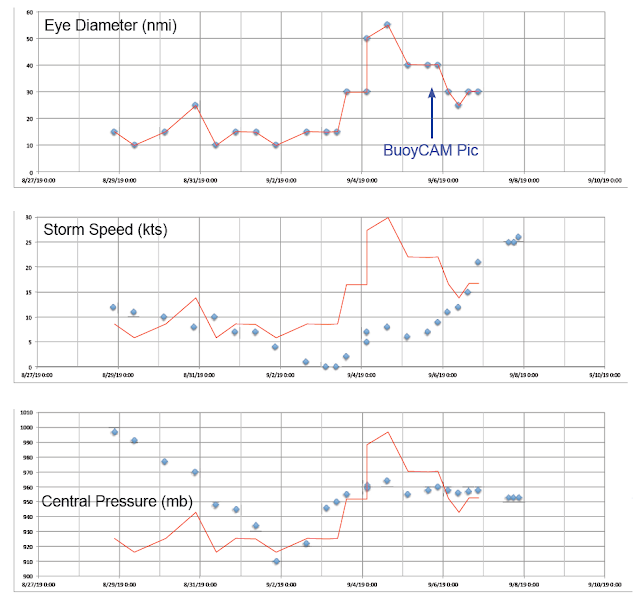 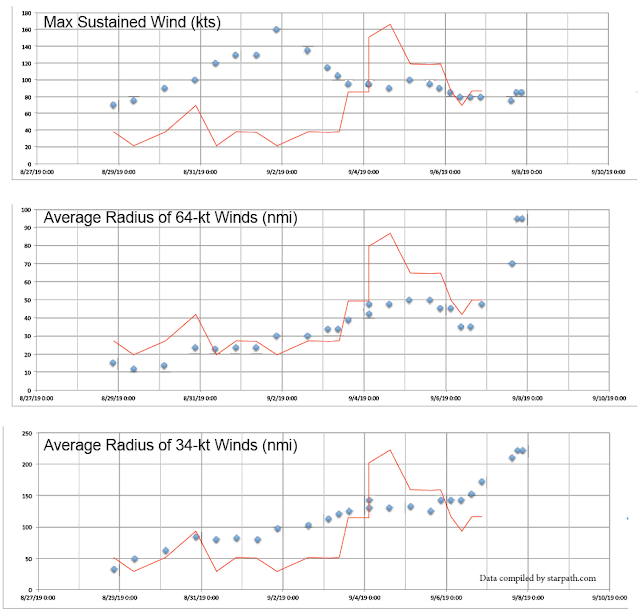 The thin red line is the trace of the eye diameter overlaid on the other data.  We do not see any correlation with any of them. The reference paper cited shows that the size of the eye is based on a lot of complex interactions. No way for mariners to estimate this—if there ever should be any reason to try, which I cannot imagine.

The main thing we see is we were actually more than triple lucky on the buoy pics. We got the picture in the first place, i.e., path went within 4 nmi of the buoy during daylight hours (luck 1 and 2); the eye diameter at the time (40 nmi) was twice the average size for such systems (luck 3); and finally the eye was only blown up to this large size for just over one day of its 10-day life time, and that eye expansion was in place as it crossed the buoy (luck 4).

Dorian, for example, later on (12z 9/6) passed within 14 nmi of buoy 41025 during daylight, but its eye diameter was just 25 nmi (radius 12.5 nmi), and we do not see any interesting pictures from it. No discernable eye properties to be seen.

The storm also passed with in 4 nmi of buoy 41013 with an eye diameter of about 35 nmi, but this took place at 0045z, which was pitch dark local time, so this was not a candidate. That is exactly what happened to us last year when we set this up in the first place to watch Florence approach a BuoyCAM. After a lot of preparation and BuoyCAM calibration, it passed over the buoy in the middle of the night.

In short, again, our Dorian pictures at buoy 41004 were very lucky; we will hang on to them!